Kiev has significantly reduced the incidence of influenza and SARS 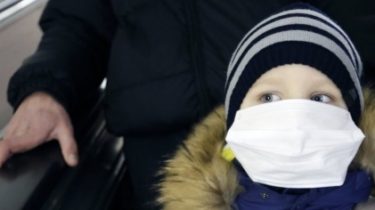 Kiev has significantly reduced the incidence of influenza and SARS

Schools of the capital are operating normally.

Over the last two days for medical assistance in healthcare institutions of the capital have addressed 574 6 persons at the same time over the same period last week – 7 157.

About it reports a press-service of the KSCA, with reference to the Deputy Chairman Nicholas Poworoznik.

“There is a decrease in the incidence by 8.15%. The decrease is due to both adult and children’s population”, – he said.

Thus, among children of any age, a decrease in morbidity. In particular, for the period 3 796 ill children, meanwhile, over the same period last year – 3 892.

Among adults, a decrease in the incidence of 14.9%.

According to Povoroznik, two days before the medical institutions of the capital admitted 54 people, including 33 children.

At the moment schools of the capital are operating normally.

Read also: In Kiev for almost a hundred schools were closed on quarantine from-for flu epidemics

Recall that this is an epidemic, the flu continues to spread across Ukraine, however, the intensity of the disease has decreased – the epidemiological threshold is exceeded in 21 areas. Only in Lugansk, Ivano-Frankivsk, Donetsk and Kharkiv regions record the indicators below the epidemic level. during the week from 25 December to 1 January with flu and SARS ill 369 151 face. Of them 57.8% of children under the age of 17. However, the prevalence rate among the population of Ukraine is 12% less than the previous reporting weeks.