In Kiev right at the time the movement caught the tram 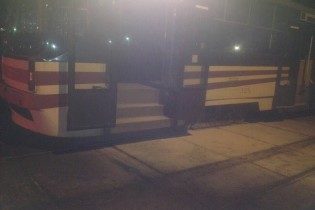 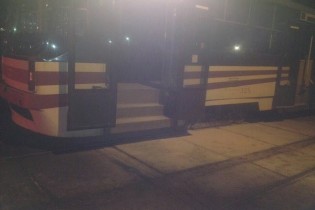 In Kiev right at the time the movement caught the tram

© Facebook/the Main Directorate of SSES of Ukraine in Kiev

10 Jan at 19:18 to rescuers the message that in the course of the tram movement in the cabin caught fire.

On a scene rescuers established that there was a fire in the wiring in the tram that was moving along the street, 2-b.

It is reported that the fire partially damaged the wiring and heater.

As a result of incident nobody has suffered, the cause of the fire will establish a consequence.

See photos: In Odessa the tram derailed and crashed into a passenger car

We will remind, in Kiev from Kyiv Polytechnic Institute in the direction of the station stopped the movement of trams. According to the preliminary causes of broken wires. People go on foot.