Bunch of monkeys took the robot for her, and “mourned” his death 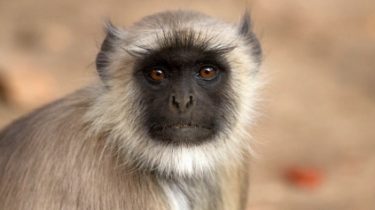 Bunch of monkeys took the robot for her, and “mourned” his death

Around a robotic baby langur drama was unbelievable.

The BBC One has created a monkey-robot and tossed it into the pack of animals to see their reaction.

The corresponding video channel is published on its YouTube channel. It is noted that around a robotic baby langur drama was unbelievable.

Monkeys at first, as expected, reacted to the newcomer with suspicion, but after a while they took custody of the baby with the weird eyes and are so used to them that his accidental fall from the branch was a real tragedy. The langurs took the immobility of the robot for his death and began to truly grieve for him as her own cubs.

Recall, BBC One launched a series of programmes to Spy in the Wild, consisting of 5 episodes. In each of them you will learn about the robot-spy, who is addicted to the group of animals to better understand wildlife.

Robotic animals, of course, out of the General pack, but carry out their task.