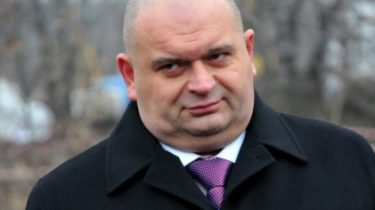 The payment of the additional payments to the budget released Zlochevsky and company Burisma Group from the claims of law enforcement officers.

Over the past two years, the company Burisma Group paid more than 5 billion UAH of tax liabilities to the budgets of all levels. An additional 180 million UAH in the budget was paid after inspection in 2016.

As reported in Burisma, calculation and payment of the additional payments into the budget were the result of months of work of two teams – the General Prosecutor’s office and Burisma Group. In the end, Ukraine closed all cases against the President of group Nikolay Zlochevsky and the operating companies included in Burisma Group. “To remove all the issues around the company’s operations and continue to provide Ukraine with natural gas, based on the principles of openness and transparency, the company has taken unprecedented steps within the business community of Ukraine. Burisma Group became the first company in Ukraine, providing assurance that if during the investigation they revealed violations, the company guarantees the payment of all necessary payments “, – stated in the message Burisma Group.

Example Burisma and Mykola Zlochevsky could be followed by other big businessmen. The case is a precedent for Ukraine.

Earlier, the General Prosecutor’s office has confirmed the termination of all procedural actions and court proceedings against companies Burisma Group and owner Group Nikolay Zlochevsky. Such a conclusion can be drawn from the answer of the Prosecutor General, who received the Ukrainian edition of “Ukrainian truth”.

“In General, the amount of the payment to the state budget amounted to 180 million UAH “, – noted in GPU. The response States that the conclusions on termination of all cases according to Zlochevsky and companies Burisma Group also confirmed the decision of the Central criminal court of great Britain as of January 21, 2015 and the conclusions of the expert by results of carrying out is judicial-economic examination from February 6, 2015. After consideration of the activities of Nikolay Zlochevsky in Ukraine for the period from 2002 to 2014, a British court ruled in favor of Nikolai Zlochevsky and ordered the Office for combating financial fraud in especially large sizes (SFO) to pay the legal costs of the defendant.

“The actions of the Prosecutor General of Ukraine and the Ukrainian court confirmed Ukraine’s commitment to rule of law and due process of law – two bulwarks of democracy,” commented an American corporate lawyer and former Deputy Attorney General of the United States John Buretta.

He Zlochevsky vowed that the completion of all cases will lead to increased production, investments and timely payment of all company taxes. “The completion of all procedures around companies Burisma Group will allow us to more rapidly increase production, to increase investment in mining, to examine the involvement of international companies in Ukraine, to carry out social and investment obligations, and timely and fully pay all required payments to the budget. This is a big step forward for Ukraine in General and Burisma Group, in particular,” – said the President Burisma Group Mykola Zlochevsky.

According to independent Director of Burisma Alexander Kwasniewski, the decision to close all cases against companies Burisma and its owner Nicholas Zlochevsky demonstrates the maturity of democracy and the independence of court decisions from politics. “It is encouraging that the independent Ukrainian court could make a decision that is fully consistent with the decision of the British court. Decision for Ukraine to Mykola Zlochevsky and the largest gas company Burisma will have another positive impact – more intensive construction of non-volatile state, as Burisma Group will be able to increase the volume of domestic natural gas production of Ukraine and contributions to the budget of the country. Especially today, Ukraine needs to join any projects that contribute to strengthening of defensibility of the country and its political independence. Paid for it the high price of revolution and the events after it”, – said Kwasniewski.