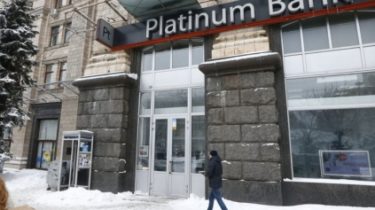 At experts and deputies have a lot of questions to the top management of the NBU.

Payments to depositors of Bank “platinum” may begin in late February. But before it even tries to sell the Bank so that he could continue to work, according to a story TSN.19:30.

The Deposit guarantee Fund must return to investors “platinum” overall, 4 billion hryvnia. The first payment will receive not only citizens, but also physical persons-entrepreneurs. The first day of a new era in the fate of the Bank is January 11 – from this date are counted 30 working days, or find an investor, or liquidate the financial institution. In the meantime, representatives of the Fund valuation of assets of the Bank.

They can start at the end of February. But before that, they say, will attempt to sell the Bank so that he could continue to work. Now, the Bank has experts that study assets of the financial institution. After all, even in the fall, law enforcement agencies opened a criminal case on abuses in the Bank for more than a billion hryvnia.

Economist Alexander Savchenko said that according to statistics, half of all of the assets of failed banks and problem, that is, they exist only on paper. In the situation of “Platinum” should investigate law enforcement. “The half year the Bank worked with a negative portfolio. In Europe, this is categorically impossible. That is, the Bank was liquidated,” – says the expert. Last year alone, thanks to an aggressive advertising campaign and high interest rates, the Bank attracted almost a billion hryvnia from the Ukrainians. If the money in the Bank will not be – they will be compensated from the budget.

In the Verkhovna Rada Committee on financial policy recognize that the decision on liquidation was necessary because the management of “Platinum” has not led the Bank’s capital to established standards of NBU. However, the elimination in the Parliament called late. People’s Deputy Mykhailo Dovbenko suspects the delay could be not accidental because the Deputy Valeria Gontareva Ekaterina Rozhkova were once in management “Platinum”, and by law, if the Bank came under liquidation during the first year of her work at the NBU, that doubt would be put business reputation Rozhkova. In addition, she repeatedly recalled the work in favor of the failed Bank. “Now in the NEB investigated the incident on her telephone conversations with possible owners of the Bank. It is necessary to wait conclusions”, – said the MP. 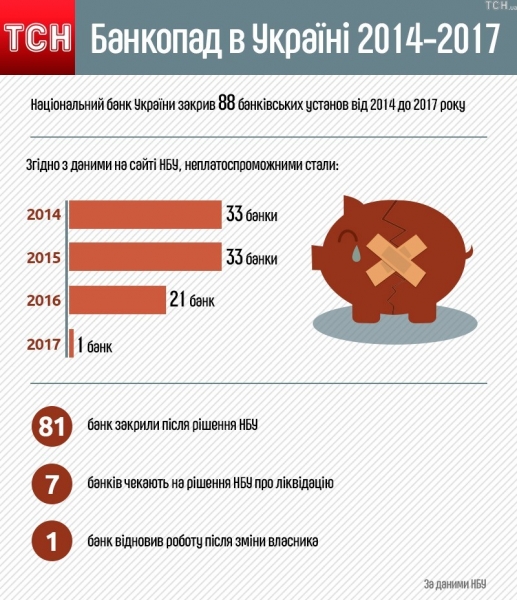 In addition, the Deputy head of the NBU appears in the criminal proceedings in the bankruptcy of another Bank – “Michael”. Autumn in her house even searched. “First failed Bank “Michael”, then destroyed the body in two stages robbed the country. Billion and one hundred million – initiated by the national police for “platinum Bank”. Billion just one episode” – outraged the people’s Deputy Vadim Rabinovich. He said that the Parliament was trying to create a Commission that would have investigated this issue but to no avail.

However, the national police, the security service and the GPU to give comments about the existing criminal cases against officials of the Bank or the management “Platinum” did not. Also refused to comment on the situation with the “Platinum” in the national Bank. However, economists warn that in a few months, the Ukrainians will feel the consequences of the fall of the Bank. In particular, it threatens the resurgence of inflation and the weakening of the hryvnia.