“Fishing for takers”: in Kiev, arrested a judge who extorted from the businessman of $ 16 thousand 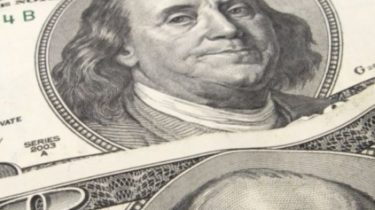 “Fishing for takers”: in Kiev, arrested a judge who extorted from the businessman of $ 16 thousand

Together we continue to clean the country, – said the Prosecutor General Yuri Lutsenko.

Fishing can be particularly influential bribes 2016 opened: a Department in the economy of the GPU along with the SAP SBU was detained on hot the judge of the Economic court. Kiev, who fraudulently tried to obtain the entrepreneur of $ 16 thousand.

About this Facebook said the Prosecutor General of Ukraine Yuriy Lutsenko.

The money the judge demanded for the decision in higher courts Economic court of the issues in favor of the briber.

“Together we continue to clean the country”, – Lutsenko declared.

See photos: In Zaporozhye during receiving a bribe detained the Prosecutor

We will remind that in the Lvov area detained the employee of SBU who demanded money with violence.

The extortioner is detained during receiving part of a bribe of $ 1,000.

Law enforcement officers seized the money found, now ongoing investigations and searches at the place of residence of the defendant.