From the “Freedom” to the “Will of the people.” What MPs received an award weapon from Avakov 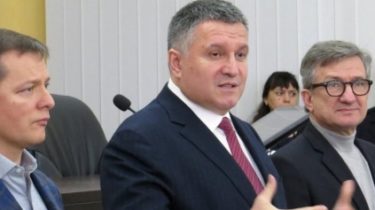 From the “Freedom” to the “Will of the people.” What MPs received an award weapon from Avakov

Got a firearm to even the aides of parliamentarians.

The Minister of internal Affairs Arsen Avakov was awarded premium weapons not only to the members of the popular front, but the MPs from completely different groups and factions.

This is stated in the investigation of the edition “Ukrainian truth”.

In particular, the list of awardees, featured representatives from “Freedom”, as well as members of the group “will of the people” among whom died tragically Igor Eremeev and his partner in the group “continuum” Stepan Ivakhiv. They Avakov went to “Taurus 111 PRO RT” and “Glock 17”, respectively.

A dozen “trunks”, according to the publication, there were even assistants to parliamentarians. So, along with a Deputy from “popular front” Sergei Farmakom Avakov was awarded the Makarov pistol and its driver-security guard Gennady Mironenko.

“At the same time, Avakov its mandates on awarding weapons with prophetic precision has determined the fate of the politicians. As for example, in situations with Yuri Birch, Andrew Bielecki or Irina Efremova. In early 2014, Avakov gave them weapons as the battalion commanders or officials, and in autumn they were deputies from “popular front” and is still included in the informal group involved in this faction”, – stated in the material.

In addition to MPs and Ministers, the interior Minister awarded the judges, prosecutors and even local officials.