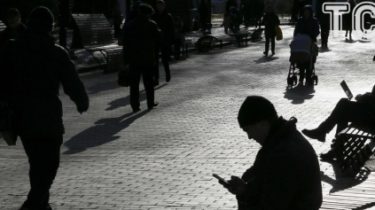 According to ex-Finance Minister of the island country, the biggest problem of Ukrainians – in the minds, not the environment.

The most fundamental reform needed by Ukraineto change the view of ourselves and to stop being afraid.

This was stated by former Minister of Finance of New Zealand, the “Iron lady” Ruth Richardson in an interview with “New time”.

“You are afraid of the next crisis, but governments today are crumbling around the world. This is normal. And this destruction can be turned to advantage. There are many examples of businesses: digital technology has led to the collapse of most industries in the mid-twentieth century, but those who understand that the crisis is a new opportunity, won. And those who thought enough to mend small holes and wait – lost”, – she explained.

According to Richardson, now in Ukraine it is important to create space for innovation, new experiences and investments, “to see the world through a wide window and realize that your problems are not unique.”

Read also: Journalist for The Economist predicted that awaits Ukraine and Russia in the future

“State and society in Ukraine do not trust each other. And it is important to take a step towards each other at the same time. You have hundreds of talented IT professionals. Why the state decides how to govern their industry? Leave them alone and give the opportunity to organize your business. Same thing with farmers: they do not need to maintain subsidies. I am a farmer and hails from a farming family, but I one night removed all subsidies for farmers. Give them a chance to identify your business and make economic decisions,” – said the former Finance Minister of New Zealand.

In her opinion, therefore, it is important to act in every sphere, because in Ukraine, none of the industries the state is not competent.

“This is a very simple thing, but if you implement them, you will almost immediately feel a change for the better. Do not forecast risks, and just take those obvious changes that many countries are up to you. Society should help the best to go to the state. I think your problem is more in the minds than in the conditions – you don’t want to see the possibilities, until the final crisis. Although you have it already bad enough”, she added.

Read also: Putin’s Departure will not save you

Separately, Richardson assured that anything does not depend on one Minister, “for it is the quality of the whole political system.”

“The right question is not “who is good?”, and “what do you want to change?”. Each Minister has his own view on the country, they are different, and that’s fine. The important issue is coordination and collaboration on a common task”, – noted ex-the Minister of Finance of New Zealand.

Richardson also said that she had the impression that Ukrainian politicians behave like many separate principalities.

“The only thing that unites them all is the requirements of the IMF. But why the IMF needs to dictate what Ukraine should do? Or, for example, why the dictates of Europe? Russia also tries to impose its agenda. This kind of systemic dependency, you will not get off the ground. Do you need to take so much external funds? Maybe it’s better to look for answers in their own economy? Even borrowing, you have to convince partners that it will recover funds and not to fulfill all their advice on how to implement it. You looked for own way and wanted him? So what went wrong?” she summed up.