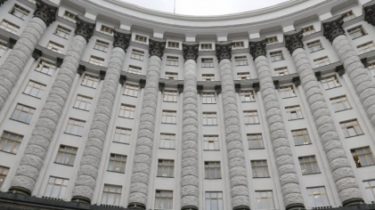 The decision was made in accordance with the law “On state service”.

The Cabinet of Ministers abolished the post of Deputy Minister – chief of staff.

According to government, this position was excluded from the list of substituents that may be the Minister.

However, the Cabinet has retained the maximum number of Deputy Ministers to five people (with the exception of the Minister of justice, which can be eight alternates).

This decision was taken according to the law “On civil service”, which provides for the establishment of a state Secretary instead of the Deputy Minister – chief of staff.

See also: After Suprun and Omelyan. Another Minister refused the elected Secretary of state

The tender Committee chose a candidate backed by Vladimir Fedorchuk, who has the right to be appointed Secretary of state, if Bondarenko will refuse the post, or encounter force majeure. Fedorchuk Deputy Minister of the Cabinet.