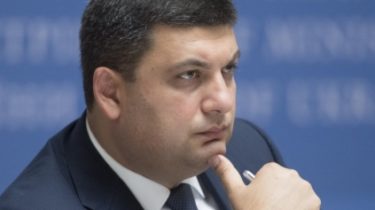 The government this year is going to allocate over 35 billion UAH on the way.

The highway connecting Odessa and Lviv (Lviv – Ternopil – Khmelnitsky – Vinnytsia – Uman – Odessa) defined one of the priority infrastructure projects for 2017.

See also: Groysman announced the timing of the emergence in Ukraine of good roads

The Prime Minister of Ukraine Volodymyr Groysman announced during a meeting on the maintenance and development of road infrastructure, the press service of the Cabinet.

“We take the highway a priority. It definitely will work,” he said.

Also among the most relevant route Odessa – Reni, he added.

The government this year is going to allocate for the repair and reconstruction of automobile roads of the country more than 35 billion UAH.

Vladimir Omelian said, when in Ukraine there will be normal roads

Almost 90% of Ukrainian roads need major repairs. But it is not often allocate funds or their is just not enough. Minister of infrastructure Volodymyr Omelian said that this year Ukravtodor will receive about 30 billion UAH for road repairs. Enough of the money to put our roads in order and finally when in Ukraine there will be normal roads – find out in our story.