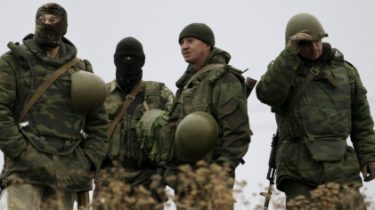 Terrorists fired 31 of the shell in the direction of Svetlodarsk.

Monitoring mission of the OSCE published a video shot from a drone, as militants fired Ukrainian military positions at Svetlodarsk arc howitzers banned by the Minsk agreements.

The video captures the attacks that took place on 21 December 2016, transfer “news of Donbass”.

Read also: OSCE Observers for two days evacuated their base from Svetlodarsk because of the attacks

First Deputy head of the OSCE SMM Alexander hug, commenting on the video, said that the battery of five self-propelled howitzers was located near the village of Novogrigorievka that in three kilometers North-East from Debaltsevo.

Militants fired in the direction of Svetlodarsk 31 artillery shell.

As reported, on December 18 militants unleashed a fierce battle with the military forces of the antiterrorist operation in the area of Svetlodarsk arc, in the Donetsk region. According to the speaker of the defense Ministry on ATO Andrei Lysenko, in the area of combat in the first day killed five Ukrainian soldiers, six were wounded and ten more were injured and suffered concussion.

The soldiers at the arc Svetlodarsk are fighting not only against the invaders, but with the cold weather

Bunkers on the arc Svetlodarsk is holes, well fortified from above, and not built in. The military told how to equip your home and waiting for construction materials.