Ukrainians waiting for a new appreciation of alcohol and vodka 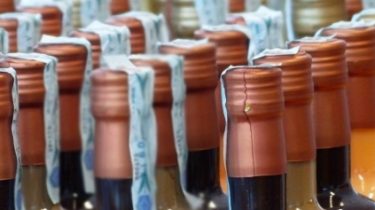 Ukrainians waiting for a new appreciation of alcohol and vodka

It will be a little less for January.

State enterprise “Ukrspirt” reported that the new year in the country and increased prices on alcohol. He became more 10.6%.

It was only the first step in the establishment of new cost of alcohol in Ukraine. The next is scheduled for spring of this year, with early March prices will rise another 8%. Such actions on the enterprise due to economic reasons: the rising cost of raw materials from the previous price increase in April 2016, and a rise in price of fuel and electricity.

“Ukrspirt” reports that he intends to raise the price not only of the alcohol, but all types of alcohol-containing products. Against this background, in Ukraine there are more cases of use of illegal alcohol. Thus, the surrogate appears as a result of domestic production, but mostly alcohol give birth to smuggling. The ratio of domestic counterfeiting and smuggling accounts for about one third to two thirds. And in the Ukraine alcohol is made in the handicraft way, what happen poisoning or other accidents: the other day in the river man, who for the first time tried to drive the moonshine, were injured as a result of depressurization of the tank with Braga, which was on fire. As a result, he, along with his young son was in the hospital.

How to choose the right alcohol: in the holidays in Ukraine has increased the number of alcohol poisoning

On New year doctors generally expect a boom intoxicating. There are two reasons. First, not all know how to drink in moderation. Secondly, on the shelves dramatically increases the amount of counterfeit drinks. The demand for cheap and unchecked increases in proportion with the price of official alcohol. And to save the poisoned surrogate is extremely difficult.