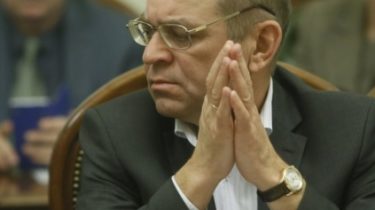 Five hours ongoing interrogation of the participants of the incident.

In one of the Kyiv hospitals continues cross-examination of the people’s Deputy Sergey Pashinsky, V. Himikos the victim and witnesses to the incident in which the MP used the weapon.

As the correspondent of TSN, as of 17:30 the interrogation lasted 5 hours and it was not known when it will end. During breaks, the journalists went Pashinsky advocates and Himikos

Read also: Fighting in the Parliament and accusations of raiding. The scandals of MP Pashinsky

However, the lawyer Pashinsky Vladimir Rakov denies this and claims that on the contrary the story of the witness was in their favor.

“No conclusions can be made. It is known that appeared in the media fake statements supposedly 100% proven guilty is not true absolute. I now declare it confidently. Each of us signed a subscription about nondisclosure of data. I think that on the contrary, the witness confirmed our version that we were given,” – said Cancers.

Protection Pashinsky so sure of the rightness of that predicts that event a place in the textbooks.

We will remind, on December 31, 2016 Pashinsky with his wife in the dark time of the day almost crashed into a carthat broke down on the road. The two men at this point tried to pull the car from the roadway. Began a verbal altercation, which ended Pashinsky was threatened with a gun one of the men, who in response broke about the head of the Deputy a bottle of soft drink. Pashinsky shot the offender in the leg, but if he fired the gun in self-defense or first pulled out a gun for intimidation and threats – is still unknown. The testimony of the parties to the conflict regarding this vary.