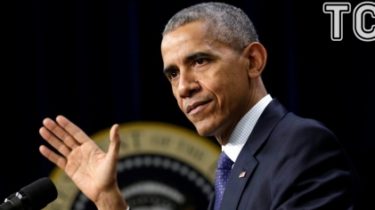 President Barack Obama has extended for another year expiring in March sanctions against Russia.

It is reported RIA Novosti with reference to the White house.

Sanctions extended in connection with the aggression of Russia against Ukraine.

See also: trump believes that Obama went too far with the extension of sanctions against Russia