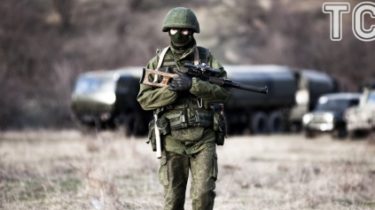 Thus, the Russian occupational command is trying to prevent desertion.

In the occupied territory of Donetsk and Lugansk regions, a ban was imposed by Russian soldiers to go to Russia.

The prohibition applies to military 1 and 2 AK of the armed forces, reports the Main Directorate of intelligence in Facebook.

It is noted that thus “the Russian occupational command continues measures to reduce the level of neuroelectromagnetic the personnel and the bias of desertions”.

In addition, since the end of December 2016, the FSB stepped up verbobala activities among students of Universities of Ukraine and Russia, who have relatives on the non-government controlled areas.

According to the report, the majority of contract servicemen from the local population do not wish to renew the contract, but Russian troops have a low moral and psychological qualities.

“January 9, test thirty-two candidates for service who have arrived from Russia to replenish the 7 separate mechanized infantry brigade (Bryanka) 2 AK (Lugansk) of the armed forces, showed that twenty-eight of them were unfit for health and prone to abuse of alcohol and narcotic substances”, – stated in the message.

Recall that in the occupied Lugansk and Donetsk has increased the number of desertions and unauthorized abandonment of military duty stations. This phenomenon can be seen in the formations and units of 1 (Donetsk) and 2 (Lugansk) AK armed forces.