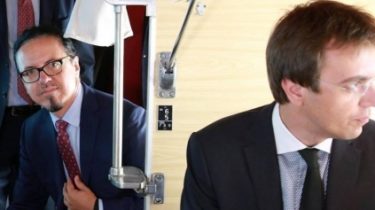 In the accounts of the company at the end of 2016 5.5 billion hryvnia.

State enterprise “Ukrainian Railways” has completed the 2016 year with profit of UAH 303 million.

“As expected, the financial result of PJSC “Ukrzaliznytsia” for 2016 profitable – received 303 million. The company fully complied with its obligations to the state: according to operational data, in 2016 paid 15 billion UAH of taxes and obligatory payments”, – said the Chairman of “Ukrzaliznytsya” Wojciech Balczun, quoted by the press service of the company.

For 2016 Ukrzaliznytsia received 78.9 billion UAH of income. Expenses amounted to 78,6 billion. The balance of funds in the accounts at the year end amounted to UAH 5.5 billion.

Over the past year, “Ukrzaliznytsia” has carried of 343.4 million tons of cargo and 439 million passengers. Revenues from transportation last year amounted to 62 billion UAH. Expenditures on transportation amount of 58.4 billion, which was reduced in comparison with the approved plan by UAH 1.7 bn (2.8%).

Meanwhile, the report, “uz” waiting for the Minister of infrastructure Vladimir Omelian, who has repeatedly said he does not see any figures on the performance of the new team of “Railways”, headed by Balkonem.