In the US, a woman complained to a neighbor, who for four years was abusing his dog 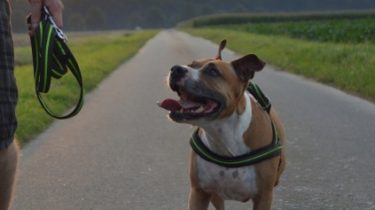 In the US, a woman complained to a neighbor, who for four years was abusing his dog

American Bradley Hubbard is accused of having sex with his pet.

23-year-old man had regular sex with his dog, which was called a Pipsqueak, with the time when he bought it, reports the Mirror.

Hubbard was arrested at his home in Pensacola, Florida. It is noted that the man complained his neighbor. However, the woman admitted that she did not immediately raise the alarm because their assumptions didn’t want the man arrested.

Subsequently, however, she realized that the situation was “so bad” that he became scared for the safety of the dog breed pit Bull.

The last straw was on December 28, when Hubbard took his dog with him to the bedroom and locked the door. Roommate said she heard there came the noise of a bed and moaning of the owner of the animal.

According to the report, the man was arrested. In addition, a neighbor noticed that the man had sexual intercourse with a dog for 4 years.

The woman also described one occasion when she apparently walked in on Hubbard during sex with a dog that “licked it all” in the moment when he was lying in bed. The veterinarian who examined the dog, confirmed the woman’s words about the abuse of animals.

Earlier, 20-year-old Brittany Sonnier from the city of lake Havasu was jailed after admitted to raping two of their own and several neighborhood dogs. The police charged the girl in the “crime against nature”.