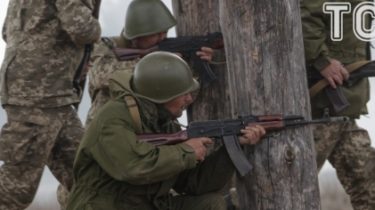 The terrorists said that they were ambushed.

In yesterday’s battle near Novoluganskoe Donetsk region was eliminated 12 of the separatists.

This was reported in Facebook the fighter of a battalion “Donbass” Vyacheslav Vlasenko.

Also because of the shelling killed 32 pigs at the farm.

Meanwhile, in the separatist public in a social network “VK” – “reports from the militia of new Russia” – it is reported that near the village of Dolomite (3.5 km from Novoluganskogo – ed.) fighters “was ambushed”.

Read also: Militants are trying to take revenge on the Georgian Legion of the lost positions in the Donbas

“Five soldiers received bullet wounds, the commander of group Dmitry was killed”, – stated in the message. 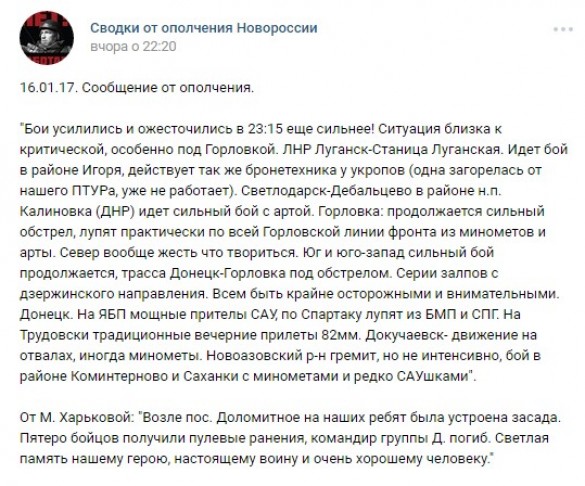 “Reports that the militia of new Russia”

Earlier people’s Deputy, the coordinator of group “Information resistance” Dmitry Timchuk reported that the command “of the 1st army corps of “DNR” ordered the staff to stop the “creeping offensive APU” at any cost. This happened after the fighters of Armed forces of Ukraine took new positions in the area of Svetlodarsk arc.