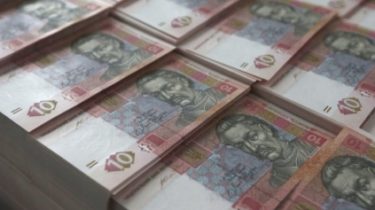 During a search found cash and jewelry on 5,5 million hryvnias.

In Kiev have exposed officials of the two companies who carried out illegal services, currency exchange and lending.

About this on his page in Facebook said the first Deputy Chairman of DFS Sergei Bilan.

It is noted that the group has established two companies that had operations in foreign exchange without reflection in accounting and tax accounting, as well as provided services for loans secured by movable property.

Worked dealers without obligatory registration and obtaining of relevant licenses, and their “business” was aimed at the evasion of taxes in especially large sizes and legalization of income obtained by criminal means.

During the searches, found and seized large amounts of cash, almost 3.5 pounds of jewelry made of gold, documents and computer equipment.

See also: the Tax authorities of the Donetsk region exposed the konvertatsionny center with an annual turnover of 330 million UAH

We will remind, in the Luhansk region SBU exposed the konvertatsionny center with an annual turnover of 600 million hryvnia. “According to preliminary estimates, losses of the state budget in unpaid taxes amount to tens of millions of hryvnia,” – said in the message. Organizers of the “envelope” provided services to the enterprises of real sector of economy via minimization of tax obligations and conversion of funds into cash through a number of registered fictitious companies.