“Interested in a biased result”. Pashinsky stated to reporters 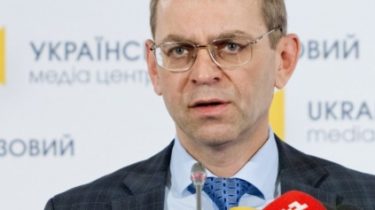 “Interested in a biased result”. Pashinsky stated to reporters

In a post on the social network politician wrote completely opposite things.

People’s Deputy Sergei Pashinsky during a conversation with journalists on the case of shooting with his part stated that he is interested in a biased investigation.

The politician said that will not prevent the deprivation of parliamentary immunity.

See also: Pashinsky shot a villager from a pistol, which he was awarded Avakov media

“Once again I want to stress that I’m most interested that the investigation had been biased and prejudiced. And his actions, not just words, I think all confirmed,” – said Pashinsky probably made a reservation.

But in his post on the social network Facebook Pashinsky wrote that “insists on an objective and impartial investigation of criminal proceedings”.

We will remind, on December 31, 2016 Sergei Pashinsky with his wife in the dark time of the day almost crashed into a carthat broke down on the road. The two men at this point tried to pull the car from the roadway. Began a verbal altercation, which ended Pashinsky was threatened with a gun one of the men, who in response broke about the head of the Deputy a bottle of soft drink. Pashinsky shot the offender in the leg, he shot in self-defense or first pulled out a gun for intimidation and threats – is still unknown. The testimony of the parties to the conflict on this vary.