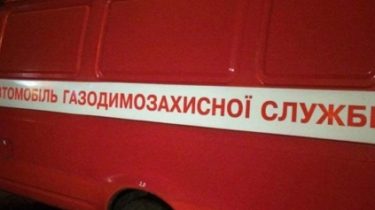 Law enforcement officers are inclined to the circuit wiring, but does not rule out intentional destruction of property.

In Kiev a powerful fire in the garage cooperative destroyed the boxes in which were cars.

“It was reported that on the territory of garage cooperative burn the pits with the cars. The event took place yesterday, January 16, Boulevard of Friendship of Peoples in the Pechersk district,” he told police.

According to the guard, he noticed smoke from one of the garages and immediately call a specialist.

Previously, the police called the cause of the fire short circuit in the wiring. However, the issue of opening of criminal proceedings for willful destruction of property.

We will remind, earlier in the Ternopil region because of the fire from the hospital had to be evacuated 125 people. The causes of the fire find out.