Lives in England 105-year-old grandmother, who has 51 grandchildren and knows all the names 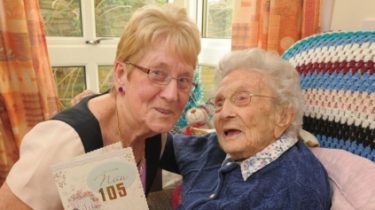 Lives in England 105-year-old grandmother, who has 51 grandchildren and knows all the names

Women do not have very good eyesight, but the memory of her is very good, especially when we are talking about the past.

In England found a 105 year old woman who has 51 grandchildren and still remembers names of each and when each of them was born, reports metro.co.ru.

Despite her advanced age, Lucy has no problem with memorization, and sometimes even reminds other family members when someone’s birthday.

Her relatives say that her memory is unbelievably good. Her daughter Mavis, said: “She is very nice and kind woman, she lived with me for 38 years, after the loss of his father. She is very happy in the house of the priest, and the staff are very kind to her.”

She is not very good eyesight, but the memory of her is very good, especially when we are talking about the past. Lucy English was born in Plymouth, January 2, 1912, and is the youngest of two sisters.

She lived two world wars, she also has a lot of memories about these events and all she remembers with clarity.

We will remind, the Hindu monk 120 years of Swami Sivananda claims that he is the oldest manwho ever lived on Earth.

But the secret of his longevity, he believes, first and foremost, sexual content, and the refusal of culinary delights and daily yoga classes. According to the records in the passport Sivananda, he was born 8 Aug 1896. It turns out that this man’s life has covered three centuries.