Poroshenko disclosed details of his forthcoming meeting with trump 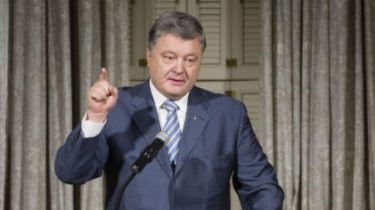 Poroshenko disclosed details of his forthcoming meeting with trump

The President will travel to Washington immediately after the inauguration.

The date of the meeting of the President and Donald trump were agreed during the first telephone conversation after the US elections.

About it in interview to Agency Bloomberg said Petro Poroshenko.

“It’s not just a question of Economics, it is an important question of policy. I was one of the first world leaders who called President trump immediately after the elections. We had a promising conversation. We agreed on the date of my visit to Washington immediately after the inauguration. The agenda of our talks will be big enough”, – he reported, however, without naming a specific date.

Poroshenko also noted that he is convinced of further support for Ukraine’s new administration of the President of the United States.

“For the past three years, received strong support in the United States. It is the support of the American people, the American Congress and house of representatives, and the Senate – and I am absolutely convinced of this, previous and future administration [of US presidents]. There’s no doubt,” – said the head of state.