Scandalous purchase of medicines. Crown Agents told me that he spent the money of the Ministry of health 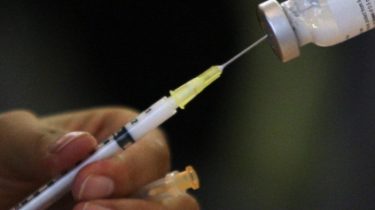 Scandalous purchase of medicines. Crown Agents told me that he spent the money of the Ministry of health

The company responded to all the accusations, in particular about the use of the Ukrainian deposits.

Company Crown Agents, which has won the tender of the Ministry of health for the purchase of medicines and drugs, said in a letter to TSN.ia, where had spent the Ukrainian money was allocated from the budgets of 2015 and 2016 years.

So, the company stressed that the allocation in 2015 of the funds were spent as intended, and delivery took place in full.

Read also: Who is Lynch? An ordinary surgeon of the 17th hospital. Looks funny

“The agreement between Crown Agents and the Ministry of health regarding the procurement of medicines, medical products and reagents for programs of adult and pediatric Oncology and Oncohematology, worth about $ 32 million for the state budget 2015 was signed on 6 November 2015. The tender process started on 6 December 2015 in accordance with the terms of the agreement. Delivery occurred within 2016 and ended in full within the period specified in the agreement, namely 6 December 2016”, – said in the letter.

In addition, the company responded to accusations regarding the fact that year state funds were in the accounts of the company. The money really were on account of the company, but he, according to representatives of the company, has a special status and funds cannot be transferred to other accounts, written-off or sent to a Deposit.

“In fact the implementation of each delivery the payment is made to suppliers from the account for 2016”, – assured the Crown Agents, stressing that the Commission is charged only after delivery and payment to suppliers.

Also, the company rejected the charge of excessive prices for medicines, noting that he bought them back at lower prices. To confirm this, the company cites research Professor at the University of Michigan Prashant Yadav.

In early January, the Director of the heart Institute Boris Todurov accused the team of the Ministry and acting Minister Uliana Suprun in the disruption of public procurement of drugs and supplies for treatment of cardiovascular diseases. Given this, today fifteen hundred activists picketed the Ministry of health.

Crown Agents is an international company that is 185 years working with governments and other organizations, helping countries to respond to natural and man-made crises, and strengthen health systems, develop the economy and the like.

In Ukraine, the Crown Agents has been working for 10 years. Among its projects is the reform of the procurement system of PJSC “Ukrnafta”, the auditing of public procurement procedures of the Bank, support the reform of public Finance management and the like.

Recall that in early 2016 in the medical community there was a scandal. It happened after the statement of the Director of the heart Centre Boris Todurov, who argues that with the advent of Uliana Suprun in the Ministry of health stopped the procurement of essential drugs.

Replied in Ministry to the accusations of heart surgeon and also through the Internet on the official website of the Department described in detail, when tenders were held and for what amount.