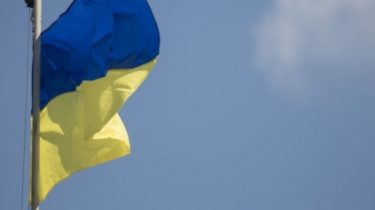 Ukraine claims that the Russian Federation violates the Convention on the elimination of all forms of racial discrimination.

Ukraine has filed a lawsuit in the international court of justice with the aim to attract the Russian Federation responsible for the Commission of acts of terrorism and discrimination for its illegal aggression against Ukraine.

Reported by the Ukrainian foreign Ministry.

Ukrainian diplomats are reminded that the most tragic terrorist atam Russian puppets should include the plane crash of Malaysian airlines flight MH17, the shelling of residential areas in Mariupol and Kramatorsk destruction of civilian passenger bus near Volnovakha and a deadly explosion during a peaceful Assembly in Kharkiv.

Ukraine claims that the Russian Federation violates the Convention on the elimination of all forms of racial discrimination, taking part in the campaign of discrimination against non-Russian communities residing in the occupied territory of the Crimean Peninsula, in particular, communities of ethnic Ukrainians and Crimean Tatars. Since the illegal “referendum” held in an atmosphere of intimidation, the Russian occupation authorities pursued a policy of cultural destruction of these communities. Such discriminatory policy is manifested in the prohibition of the activities of the Majlis of the Crimean Tatar people, the waves of disappearances, killings, unwarranted searches, detentions, attempts to stop broadcasting media, as well as to limit the teaching of the Ukrainian and Crimean Tatar language.

“In the course of illegal aggression in Ukraine, the Russian Federation ignores the fundamental human rights vested in every citizen of Ukraine”, – said the Minister of foreign Affairs of Ukraine Pavlo Klimkin.

as Soon as Ukraine is suing Russia in the international court of justice. The historical claim. Law is on our side #StopRussianAggression

“We tried to resolve existing disputes through negotiation for over two years, but Russia is unwilling to stop its violations of international law. So we filed a lawsuit in the international court of justice with the aim to attract the Russian Federation responsible for these violations and to restore the rights of the Ukrainian people,” – said the official.

Ukraine also appealed to the international court of justice with a request to impose interim measures aimed at preventing the continuation of human rights violations by the Russian Federation.

See also: In occupied Crimea has prepared its resolution to the UN on violations of human rights by Ukraine

The international criminal court has not justified the hopes assigned to him, said the Russian foreign Ministry regarding the refusal of Moscow from participation in the Rome Statute. “Unfortunately, the court did not justify the hopes assigned to him and did not do an independent, authoritative body of international justice”, – said Russian diplomats.