Yanukovych refused to transfer the case from the Pechersk court 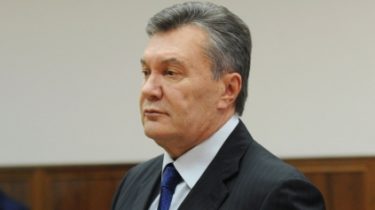 Yanukovych refused to transfer the case from the Pechersk court

The ex-President had to testify in court via video link.

The high specialized court of Ukraine rejected the petition of lawyers ex-the President Victor Yanukovych to postpone consideration of the case of the Pechersk court in any other, the correspondent of TSN.

Protecting the President-the fugitive claimed that the Pechersky court was under pressure.

The meeting was quick, and the decision handed down as many as seven judges. Lawyers petitioned the court allowed questioning of Viktor Yanukovych via viewscreen, but the court refused. The presiding judge argued that nothing would prevent the former President to appear at the proceedings personally.

Chief military Prosecutor Anatoly Matios argued that the indictment goes to trial before the end of January, and by the end of April, the court shall announce the verdict.