“Ukrspirt” decided not to raise prices on alcohol 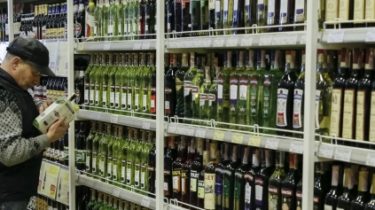 The state enterprise “Ukrspirt” has canceled a scheduled price increase for alcohol from 1 March.

About it reported in a press-enterprise service.

“In pursuance of an order of the Ministry of agrarian policy and food of Ukraine… the state enterprise “Ukrspirt” 01.03.2017 year does not apply the second stage of raising the price of rectified ethyl alcohol”, – is spoken in the message.

Food prices continue rampant growth. What is the most expensive

We will note, earlier the Minister of agrarian policy and food of Ukraine Taras Kutovoy recommended that the state cancel the planned March, the increase in the price of alcohol since it may adversely affect the vodka industry.

“Ukrspirt” is the largest producer of alcohol and alcohol-containing products in Ukraine. The state enterprise was established on the basis of the eponymous group in 2010, now consists of 41 plant, and the government wants to privatize the “Ukrspirt”.

Recall, from January 2017 Ukraine has increased the price of alcohol. He became more 10.6%. In “Ukrspirt” has announced that since the beginning of March prices will increase by 8% due to the rising cost of raw materials from the previous price increase in April 2016, as well as the cost of fuel and electricity.