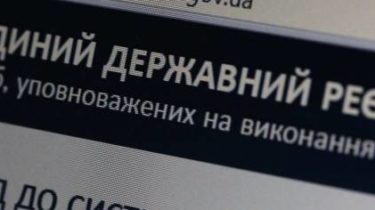 The deputies of the Ivanovo district of the Odessa region are ready to lay down mandates if they are not excluded from the list of subjects of Declaration, because they can’t fill the Declaration.

This is stated in the draft of the deputies, made at the session of regional Council, President of Ukraine, Cabinet of Ministers and the Verkhovna Rada, in which they asked be deleted from the list of subjects Declaration of the deputies of village councils and United councils of the communities, writes “Interfax-Ukraine”.

“The majority of deputies of village councils and United councils of the communities are not able to submit on time or to file electronically, since the procedure requires not only technical equipment, but also significant financial costs,” the statement says.

As noted, members do not have access to the Internet and required computer equipment, so the declarations for them is simply unrealistic.

“Because of the significant technical difficulties for completing electronic declarations, you may experience a situation with the mass resignation of deputies of local councils and hold early elections”, – said the Odessa deputies.

We will remind, on March 27, the President of Ukraine Petro Poroshenko has signed changes to the law on electronic Declaration.

In connection with the new edits, representatives of public associations are obliged to submit reports on their incomes, but soldiers from this need should be free.

On the eve of the deadline, April 1, when should be registered with all the electronic declarations of officials, the system again failed.

during a meeting of the Cabinet Prime Minister Volodymyr Groysman urged the head of the NAPC Natalia Korchak and other members of the Agency to resign. In turn, Korczak declared that is not going to resign.