Holodnitsky said what collateral will be asked for. 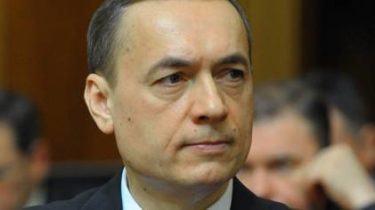 Specialized anti-corruption Prosecutor’s office will ask the court to take ex-Deputy Nikolay Martynenko in custody for 60 days, with the alternative of Deposit of 300 million hryvnia.

Lawyers for Martynenko laughed with suspicion the ex-Deputy

About this told reporters on Friday the head of SAP Nazar Golodnitsky, reports Ukrainian Pravda.

He noted that the NAB and the ARS have 2 months to collect evidence for public prosecution Martynenko in court.

Now the defense met with the petition for election measures of restraint. Holodnitsky predicted that after lunch it will be sent to the Solomensky district court of Kiev.

“The Prosecutor’s position the following will ask the court about election of a measure of restraint detention for a period of 60 days with the alternative of payment of the Deposit, UAH 300 million. Why this amount? So we appreciate the role of each of accomplices in this scheme”, – said the head of SAP.

We will remind, on April 20, the detectives NAB arrested former people’s Deputy from “popular front” Mykola Martynenko. He is suspected of creating a criminal grouping and the assignment of property by abuse of official position.

Mykola Martynenko said that the charges against him was fabricated at the direction of the Director of NABU Artem Sytnik. “This case is political and not supported by any evidence,” he said.

Martynenko reminded that refused the mandate in 2015, “to NABOO checked false accusations against me which were reproduced for the money.”

“I’m not hiding, was in Ukraine and gave all indications. However, the Director of NABU Sytnik decided propiaritsya. He wants to shift attention from the failures of NABOO and their political involvement”, – he said.