The attacker, wife Turchynov was sentenced to 8 years imprisonment 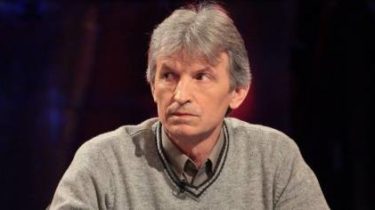 The Shevchenkovsky regional court of Kiev sentenced to 8,5 years of imprisonment of a lawyer from Donetsk, who tried to take hostage the wife of Secretary of the NSDC Oleksandr Turchynov.

About it reports a press-service of capital Prosecutor’s office.

“On Friday, April 21, 2017, the Shevchenkovsky regional court of the capital supported the position of the Kiev local Prosecutor’s office No. 10, and announced the verdict lawyer, who with a knife attacked an employee of the University of Kiev, confusing her with the wife of Secretary of the NSDC”, – stated in the message.

Court decision 62-year-old lawyer from Donetsk found guilty of committing crimes under part 2 of article 15, article 349 and part 1 of article 147 of the criminal code of Ukraine (capture and hold hostage a close relative of the authority to encourage officials to take certain actions), and appointed punishment in the form of 8 years 6 months imprisonment.

Recall, may 25, 2016 Vladimir Olentsevich pounced on Anna Turchynov at her workplace – at the pedagogical University Dragomanov just in the eyes of students and teachers.

Interior Minister Arsen Avakov said that the attacker came from the occupied Donetsk region in order to carry out the attack. According to the Minister, during the interrogation, he threatened the leadership of the country. The Secretary of the national security Council through the social networks, assured that the terrorists it is not intimidating. Wife Turchynov recovering from the shock and no comments.