It became known about Mogherini will meet with Lavrov in Moscow 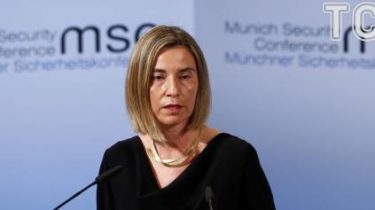 EU high representative for foreign Affairs and security policy Federica Mogherini on Monday, April 24, will make his first official visit to Moscow, where the planned communication with the Russian foreign Minister Sergei Lavrov.

About it reports DW.

At the meeting with the foreign Minister of Russia Sergey Lavrov will discuss the situation in Ukraine and Syria. But the Syrian problem will be a priority.

Earlier, Mogherini reminded the Minister of foreign Affairs of Russia Sergey Lavrov, on the necessity of fulfilling the Minsk agreements.

“The EU’s high representative stressed the need for an immediate cessation of hostilities and full implementation of the Minsk agreements”, – stated in the EU.