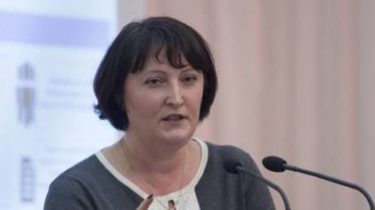 NACP has decided to extend by a month the deadline for the verification of declarations of the country’s leadership.

About this in his Facebook said the head of the Agency Natalia Korchak.

“In advance of the Radetsky… voted the decision to renew full check of declarations by top officials, NACP initiated on 23 February. For a month,” she wrote.

According to the official, already over 30 days must be “objective and impartial draft decision containing effective part of, or do we get another profanity.”

We will remind, the Deputy Chairman of the NACP Ruslan Radetsky said that NACP conducts about 100 audits of full electronic declarations of officials and 3 thousand special. According to him, the ongoing verification of the information on incomes, movable and immovable property. The results will be announced after these checks. However, automatic verification of electronic declarations of the officials did not take place because the necessary software applications the registry system was not designed.