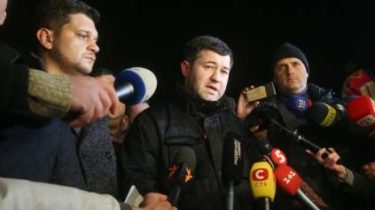 In EPS state that the state service for financial monitoring has verified the source of money for Deposit, which paid the dismissed head of the State fiscal service of the Roman Nasirov, a suspect in the abuse of power.

This was stated by the Prosecutor SAP novel Simkiv, writes “Radio Freedom”.

The service assures that the sources of funds for a Deposit, some of which made the wife Nasirov, part of his father-in-law, – legal.

Was this money paid taxes, have to check the State fiscal service.