Nasirov said that he had new health problems 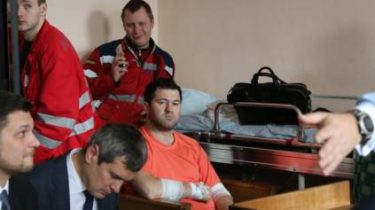 Chapter Gospitalniy service Roman Nasirov complained to reporters in new health problems. He said this before the meeting of the Solomensky court of Kiev which will consider the extension of a measure of restraint to the suspect, the correspondent of TSN.

The President of GFS, said that apart from hypertension has additional health problems, but what exactly – not specified.

Nasirov also asked whether he called President Poroshenko of support. The head of the SFS noted that this issue is “personal”, but the head of state didn’t call, because phones have Nasirov withdrawn.