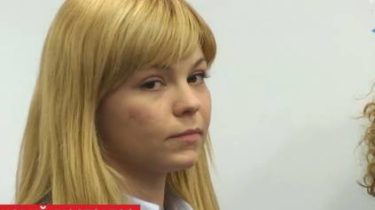 The Department for lustration of the Ministry of justice of Ukraine was headed by 28-year-old Anastasiya Zadorozhnaya. She won the competition, during which the position claimed more than three dozen people, according to a story TSN.19:30.

His first interview Zadorozhnaya made to the press 1+1. The official said that the career ladder progressed I started as an assistant Deputy in Parliament, and in the Department came to an ordinary position. Her father – a lawyer who was among the contenders for the leadership chair in NABOO. Both lawyers say that business has never worked. However, my parents bought for Nastya housing in Kiev over 700 thousand hryvnias. The apartment’s husband Zadorozhnaya in the Declaration only valued at 8 thousand hryvnias. “Most likely, made a mistake in the Declaration. No more, no less,” explained itself Zadorozhnaya.