“Ukrzaliznytsia” announced a complete cessation of activities on site ORDO 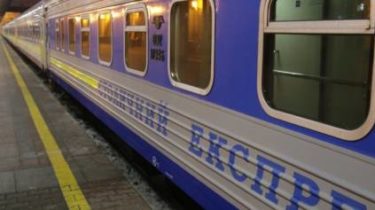 “Ukrzaliznytsia” stated that it is not engaged in any activities in the uncontrolled territories of Donetsk and Lugansk regions.

In a statement, joint-stock companies States that the company does not use the vehicle for any transport on the territory of individual regions of Donetsk and Lugansk regions (ORDA).

Recall that the militants “LNR” instructed one of the companies to take the management of the Luhansk regional branch of the Directorate of railroads of “Ukrzaliznytsya”. Such a decision the rebels adopted “for the purpose of sustenance and preservation of the property of the legal entity-non-resident, ensure the preservation of jobs and timely payment of wages”. Now a company called “Luhansk railway” to perform the functions and duties of the Supreme body of management of the branch of “Ukrzaliznytsia”.