“Party of war”. Lavrov commented on the political situation in Ukraine 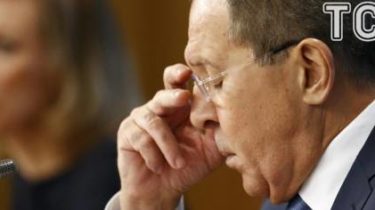 The Minister of foreign Affairs of Russia Sergey Lavrov said that Kiev has the upper hand “party of war”.

This is reported RIA Novosti with reference to his statement during the Moscow international security conference.

“Unfortunately, Kiev has the upper hand the war party. The armed provocations on the contact line (in the Donbas), as evidenced by the reports of the Special monitoring mission of the OSCE. Against the Donbass entered the blockade, the damage from which is applied to not only the region, but also Ukraine as a whole,” he said.

Russia hopes that its “partners, including with Normandy format will be more aggressively and openly to encourage the Kiev authorities to fulfil their Minsk commitments.”

We will remind, foreign Minister of Russia Sergei Lavrov commented on the words of the Secretary of the national security Council and defense of Ukraine Oleksandr Turchynov regarding the tasks of the Ukrainian military “meter by meter” to move to the East. In particular, Lavrov said that such a statement says about the failure to implement the Minsk agreements.

In addition, the Russian foreign Minister said that he has doubts about the adequacy of the Ukrainian politicians.