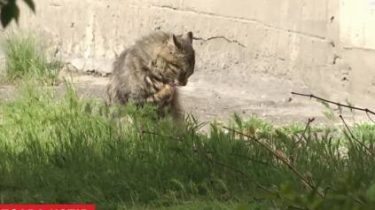 Kyiv city Council is imbued with the destiny of homeless cats after the granting of an tovolunteer about the animals ‘ access to attics and basements of houses. The initiative gathered more than 10 thousand of votes and became the subject of KSCA, says the story TSN.19:30.

The question has already investigated the Commission on housing and communal services. Prepared a draft decision, the city Council proposes to ban the catch of cats, when it does not pose a threat to human life. Catch them only for vaccination or sterilization. However, in the capital there were opponents of the emergence of the rights of homeless cats – these people argue that animals in the basement of their way. MPs strive to please everyone, but animal rights activists say that humanity cannot be selective.