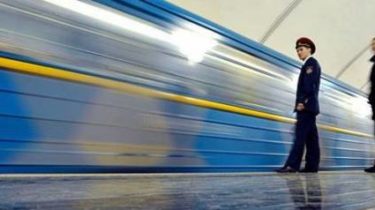 On the night of 28 April in Kiev, the police will hold joint exercises in the subway.

This is stated in the press service of the Metropolitan police.

The main aim of the exercise is to check the readiness of the Kiev police to ensure public security during “Eurovision-2017”. In the framework of these activities will be coordinated interaction between departments during the arrest of armed criminals and release of hostages.

In Kiev because of “Eurovision-2017” will cover a number of streets. Infographics

The exercise will also be attended by the employees of KORD, explosive and film logical services and employees of the Metropolitan police.

Exercises will begin in the second half of the night on April 28 at the metro station “Lev Tolstoy Square”.

Recall, to ensure order at the “Eurovision” of the Ministry of interior decided to bring 16 thousand employees of the national police, machardie, state border service and state emergency service. This team will guard not only the Left Bank, which will be a competition, but also the whole capital.