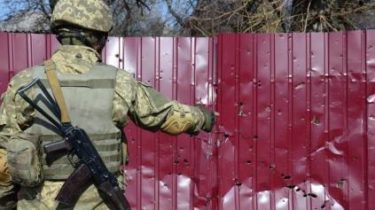 Fighters fire at positions of ATO forces along the demarcation line.

In the fighting, two soldiers of the Armed Forces of Ukraine were lost, four more got wounds.

“In some cases, where there is an immediate threat to life and health of servicemen, the commanders made decisions on the adequate opening fire in response”, – stated in the message on the social network.