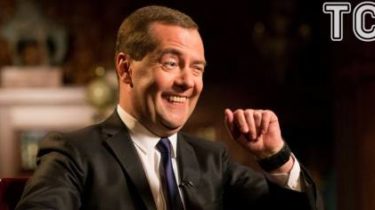 In the Kremlin commented to Bloomberg about the possible loss of Prime Minister Dmitry Medvedev positions because of falling ratings.

About it reports “Tape.Ru” with reference to press Secretary of the Russian President, Dmitry Peskov.

“I don’t think Bloomberg knows Dmitry Medvedev, and that he may possess such information,” he said.

However, he advised the journalists of the Agency to discuss in detail this question with “colleagues in government”.

“Political order”. Medvedev commented on the poll relative to its low rating