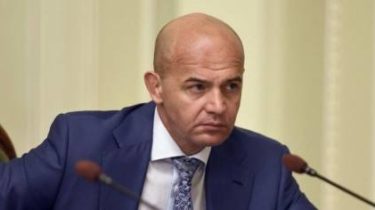 The people’s Deputy Igor Kononenko today, Friday, April 28, approved on a post of the head of the Kiev territorial organization of the party “Block of Petro Poroshenko “Solidarity”.

“The decision of the Conference election of Igor Kononenko head of the Kyiv territorial organization of the Party approved the 12th Extraordinary Congress of the party “BPP “Solidarity”, — stated in the message.

Adding that so far Kiev THAT the party was headed by Lev Partskhaladze.

Also note that the Congress party approved the decision on the election of Yuri Hryniv lvovskoye Chairman of the Party, and Vitaly Kurilo — Chairman of the Luhansk Party.

“The Congress of the party “Block of Petro Poroshenko “Solidarity” also decided on the participation of local organizations of the party in the early elections of village, town and city mayors, 11 Jun 2017″, — added in BPP.

We will remind, in August the people’s Deputy from the faction of the BPP Igor Kononenko stated that he met with the President of Ukraine Petro Poroshenko, his longtime friend, mostly just for formal meetings.

However, journalist Michael weaver on the night of December 22, noticed the motorcade of the President of Ukraine Petro Poroshenko at the SBU building on Volodymyrska in Kyiv. In addition, the journalist saw the car used by the Deputy from “BPP” Igor Kononenko, from government buildings also moved to the SBU.

And in February of this year, the media reported that the company Poroshenko and Kononenko could buy gas from Minister Yanukovych times.