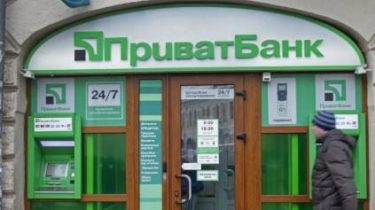 Top managers and former owners of “PrivatBank” was taken from the financial institutions UAH 16 billion not overnight, as said earlier the head of national Bank Valeria Gontareva, and over the weekend.

“We call it “operation in the night from Friday to Monday.” You have to understand that this money is not deduced in one day. It’s a process”, – said the Deputy Chairman of the national Bank Ekaterina Rozhkova in an interview with “Finance”.

The money was held in the Latvian subsidiary and the Cyprus branch of “PrivatBank”.

“16 billion was on the Bank’s balance sheet long ago, most of them (12 billion) were considered as money in correspondent accounts in the Latvian subsidiary and the Cyprus branch. There they were recorded as coverage under letters of credit issued by some well-known international companies in favour of customers associated with the former owners of “Private”. That is, if the company does not fulfill the conditions under the letter of credit, this money should be scrapped in favor of the companies that issued the letter of credit. If the terms of the letter of credit is made, the money is returned to “private,” – said Rozhkov.

The validity of letters of credit was completed in January-February 2017.

“But the night before nationalization (the end of December 2016) the Bank initiated early decommissioning funds from their correspondent accounts in favor of the companies that issued the letters of credit. Thus, the money from the accounts of accounting transactions, without real movement, was transformed into receivables. That is money they are not taken out, it was done long ago. Just the money from a more liquid balance sheet items, moved to another. After that, all 12 billion immediately collapsed to the reserves,” – said Rozhkov.

Earlier it was reported that the draft auditor’s report refuted statements Gontareva about the loss of “PrivatBank”.