“The Chechen business Yatsenyuk”. In Russia talking about the evidence 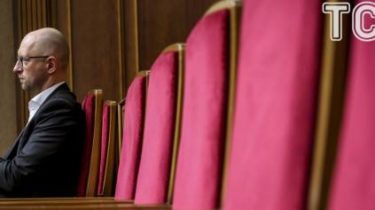 Russia’s investigative Committee says the evidence about the alleged involvement of the former Prime Minister of Ukraine Arseniy Yatsenyuk to the executions of Russian troops in Chechnya. Reports about it “lentago” with reference to the press release of SK.

Russian investigators claim that the former official participated in the torture and murder of captured soldiers in Grozny on 7 January 1995 and had been seen at least in two clashes” that took place on 31 December 1994 on the area Minute in Grozny in February 1995.

“On charges of committing heinous crimes Yatsenyuk was declared in the international search. In addition, the TFR was prepared materials that have already been sent to Interpol. Russia’s investigative Committee intends to bring Yatsenyuk to criminal liability under Russian legislation”, – stated in the text.

We will remind, earlier the Ministry of internal Affairs of Ukraine has addressed in the Interpol with the request to take into account the position of Ukraine (as set out in the statement of Affairs) and to prohibit political party inspired by the Russian prosecution Arseniy Yatsenyuk.

The decision to arrest was taken Essentuksky city court of Stavropol region of the Russian Federation, taking into account the resolution of the investigator of the Main investigation Department of the TFR in the North Caucasian Federal district. The foreign Ministry this decision called absurd.