Songs about Che Guevara and nostalgia for the Soviet Union. In Kiev celebrated 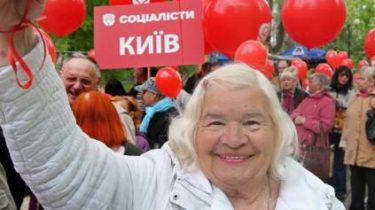 In Kiev took place from two may day rally, according to a story TSN.19:30. They made two different socialist parties. They rallied though, and a few hundred meters from each other, but views on the occasion they were diametrically opposed. And the part of the protesters could not explain why he came to the celebration.

The first rally gathered at the corner of Khreshchatyk and Proreznaya. Here were the red flags, balloons and slogans – “peace, labor, may”. Surprised only young people of a sports Constitution who are reluctant to talk to journalists. One of the guys just said what came this morning, and called to the parade.