Groisman commented on the elections to work. 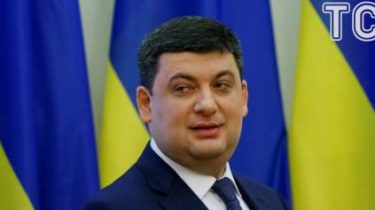 Prime Minister of Ukraine Volodymyr Groysman believes that the fact that in 47 GSS held its first elections, shows that decentralization is the correct way.

He reported about it on the page in Facebook.

“Active and close-knit community is key to the well-being of its inhabitants. So I am very pleased that 47 communities in 19 regions of Ukraine have decided to go through decentralization and choosing the local authority. Have many examples of improving the quality of life where there are already OTG. This once again proves that we are on the right track,” – said Groisman.

Groysman expects from decentralization of economic growth of Ukraine

We will remind, on March 11, in Ukraine started the election process to 47 consolidated territorial communities of the 19 regions.