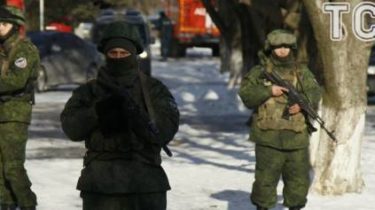 The situation in the area ATO remains tense, but controlled by the Armed Forces of Ukraine, the militants continue shelling of ATO forces.

Since the beginning of the day, the enemy 54 times opened fire on strong points of the Ukrainian troops, the press center of staff ATO in Facebook.

It is noted that over the past day one Ukrainian soldier was killed and seven soldiers were injured.

In the Luhansk region killed Ukrainian military, and another two were injured

On Lugansk the directionfrom 120-millimeter mortars fired on enemy strong points near Katerinovka. Mortars of caliber of 120 mm and rocket-propelled grenades of various systems of the enemy fired at positions near the Trinity, and the 82-millimetre mortars, grenade launchers and large-caliber machine guns in strong points near Novozvanovka. Grenade launchers of various systems of units of Russian occupation troops were used by the defenders of the Crimean, Popasnaya, the Village Valuisky and Luganska. Small arms, the enemy shelled the defenders Lobachiova.

We will remind, earlier it was reported that on Donbass after the Russian downed by the Buk missile and a passenger plane with three hundred people there is another scandal that could hurt the reputation of Moscow. We are talking about undermining the car of the OSCE mission in Ukraine uncontrolled strip. Then killed a member of the OSCE mission Joseph stone, and another two were injured.

The invaders in the Donbass once again trying to blame this on the Ukrainians. In particular, they showed that the car allegedly exploded into anti-tank mines TM-62. Such training is already mine after the explosion of the car of the OSCE, militants used to confuse the investigation, “throw a switch” and blame the sabotage of Ukrainians.