The military in the ATO zone detained three trucks with contraband 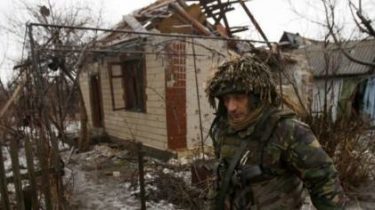 Fighters 72 Ombre, 12 battalion and the military counterintelligence service detained three trucks with contraband, which tried to cross the line of demarcation in the zone of responsibility of the brigade

Smuggling detained and handed over to representatives of the State fiscal service of Ukraine.

In this regard, the chief of the General staff Viktor Muzhenko took the decision to encourage the soldiers who found and arrested the suspected smugglers.

At the same Time the headquarters of ATO stressed that the command of 12 battalion has nothing to do with smuggling.

We will remind, earlier it was reported that on Donbass after shot down by a Russian Buk missile a passenger plane with three hundred people there is another scandal that could hurt the reputation of Moscow. We are talking about undermining the car of the OSCE mission in Ukraine uncontrolled strip. Then killed a member of the OSCE mission Joseph stone, and another two were injured.

The invaders in the Donbass once again trying to blame this on the Ukrainians. In particular, they showed that the car allegedly exploded into anti-tank mines TM-62. Such training is already mine after the explosion of the car of the OSCE, militants used to confuse the investigation, “throw a switch” and blame the sabotage of Ukrainians.