The defense Ministry said, where the ATO forces suffered the heaviest losses of the past day 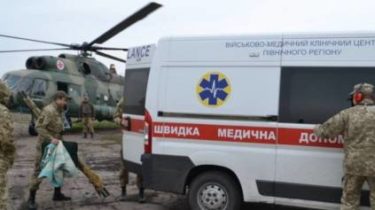 The heaviest losses over the past day ATO forces was noted in the area Katerinovka, Mariinka district, Donetsk direction.

This was announced by the speaker of the Ministry of defence on ATO Andrei Lysenko during a briefing, transfers UNIAN.

“For the last days due to combat action one Ukrainian serviceman was lost, seven have got wounds and traumas,” – said Lysenko.

He added that the heaviest losses occur in Katerinovka, where as a result of enemy shelling killed one soldier and two were wounded.

In addition, the speaker added that two more servicemen were blown up by an explosive device in the Crimean.

“One soldier as a result of enemy shelling were wounded poblizu Avdeevka, Marinka and Water”, – Lysenko noted.

Earlier it was reported that the situation in the area ATO remains tense, but controlled by the Armed Forces of Ukraine, the militants continue shelling of ATO forces. Since the beginning of the day, the enemy 54 times opened fire on strong points of the Ukrainian troops, the press center of staff ATO in Facebook. Over the past day one Ukrainian soldier was killed and seven soldiers were injured.