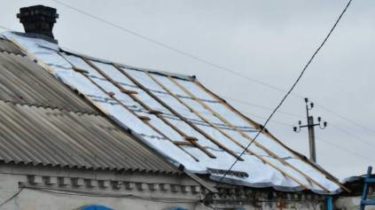 52-the summer inhabitant of Marinka received shrapnel wounds to his face and a concussion as a result of attack of fighters. The man was in his own yard.

The incident occurred yesterday, April 30. This is reported in the state of national police in the Donetsk region.

“Yesterday at 20: 00 a man, being in the yard heard the explosion,” the message reads. The shelling he received a shrapnel wound to the face and a concussion. “The victim went to the hospital, where doctors helped him,” added the press service.

In addition, the investigative team of the police found that before the incident the man was treated in the therapeutic Department of city hospital and went home for necessary things, where they came under fire.

“On this fact opened criminal proceedings under article 258 “Terrorist act” of the Criminal code of Ukraine”, — noted in police.

We will remind, for the last day of April 30 in the area of ATO one Ukrainian soldier killed, another seven soldiers were injured.